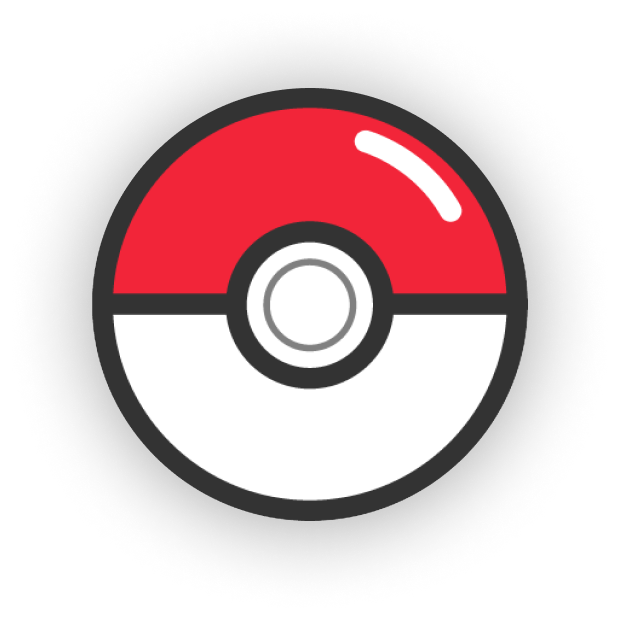 A robust, speedy and simple Pokédex, made with ❤️ using Rust (backend) and ReactJS (frontend)

○ Which parts are you most proud of? Why?

I am quite proud of the Rust backend, since I was able to implement all of the requirements to grab information from the PokéAPI whilst ensuring strict types, memory safety, and high performance. The compiled binary is also tiny! I really enjoyed designing with Figma and implementing the streamlined UI I created for the app; it’s responsive for a variety of screen sizes, whilst displaying key information (with images) for all Pokémon, with accessibility and ease of use in mind; and the best feature: dark mode, with persistence through local storage, because I don’t want to blind innocent TrueLayer employees.

○ Where did you spend more time? What was the most difficult?

I spent most of my time working on the backend, to ensure that any errors were considered and handled correctly, alongside working on some automated tests (testing is not documented incredibly well for some of the actix libraries). The workflow yml file with GitHub actions and the “all-in-one” Dockerfile with multiple stages also required some experimentation and research, since I wanted to bundle both the backend and frontend in one repo, without a lot of fiddling with commands from another developer contributing or trying to host the project.

○ How did you find the test overall? Did you have issues or difficulties completing it?

Overall, the test was fun and engaging; given the 1 week hand-in window, it was definitely challenging to implement everything on time to my typical standards; I did not put as much time into writing the amount of tests I would typically be content with, and there is definitely some further optimisation I can make on both the front and backend. Based on the time, I focused on creating mock-based tests for the backend, and UI + E2E tests with the React Testing Library and Puppeteer. The entire platform just feels fast and robust, and I would love to take it further and add more features and information to the Pokédex. Here is a screenshot of some future ideas I would like to work on: 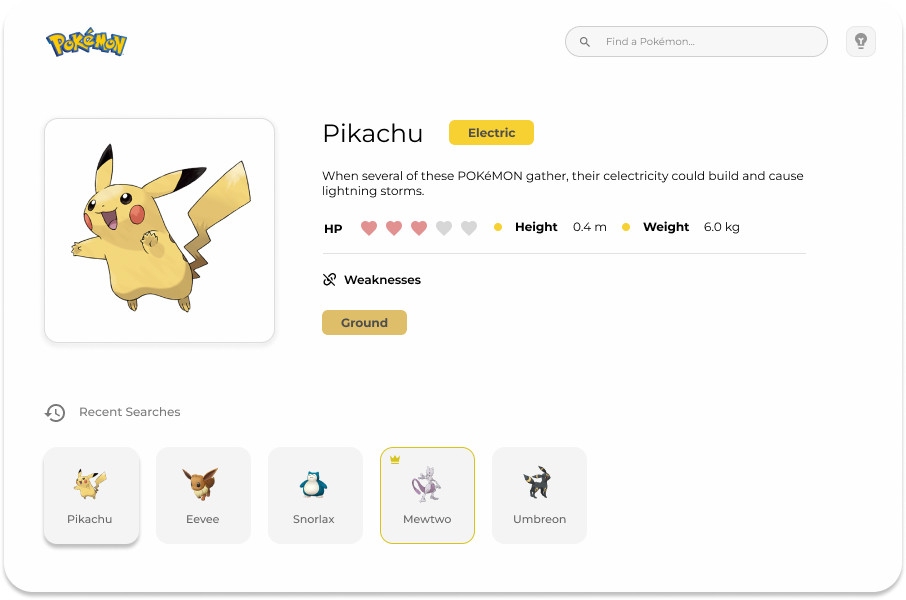 All of this data is available on PokéAPI, meaning that I would only have to make one extra request to get any remaining information about a Pokémon’s health, height, weight, type, and a lot more! I would also include favourites, sharing and Pokémon collections as a roadmap.

This project requires npm to execute the files, so ensure that it is installed.

1. Ensure node and npm are installed by running the following commands in your terminal:

If they are not installed, follow the steps on npm Docs.

If you are getting some errors after using that command and you are on Linux/MacOS, try running it as a superuser (sudo)

3. You will also need Cargo, the package manager for Rust. It’s a pretty neat tool!

The following command will work on Linux and macOS systems:

Now, you should have everything that you need to proceed! Navigate into the folder you just cloned to find the code 🙂

You can run a single docker image for the back and frontend with the following commands:

0. Before trying out any of the other commands:

For the purposes of this exercise, the server code is stored in the ‘server’ folder

2. In the project directory, you can run:

Runs the app in the development mode. 👆 Open http://localhost:3001 to view it in your browser.

The page will reload when you make changes.

3. To run any tests written for the backend, run the following command:

3. To run logic and UI tests for the app, run the following command:

This launches the test runner in the interactive watch mode. 👆 Clicking on the ‘a’ key runs all tests (excluding End-to-End tests). See the section about running tests for more information.

3. To view full tests and code coverage for the code:

Note that the following command might be different depending on your Operating System:

See the section about deployment for more information. 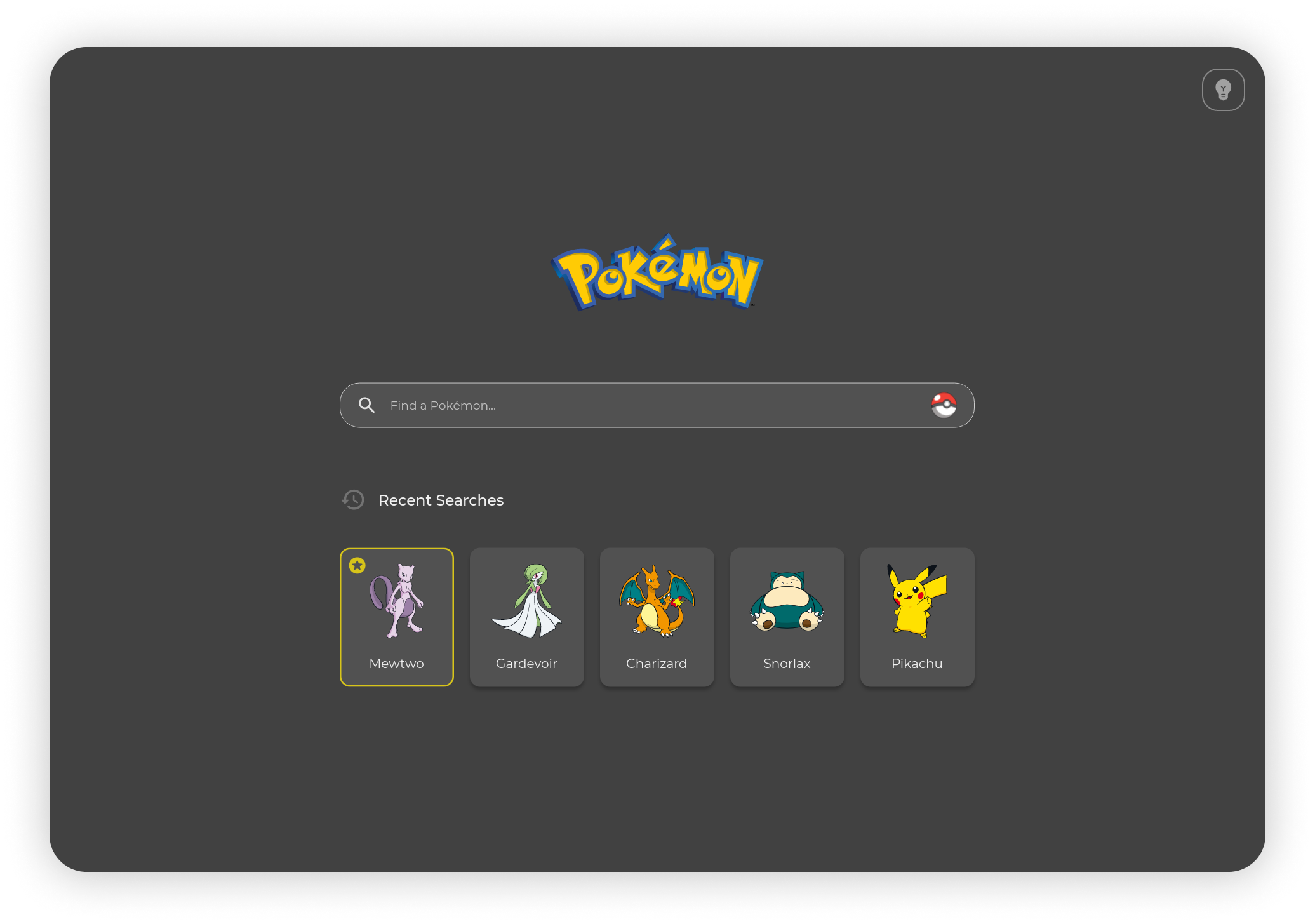 A sandbox API site that developed to practice working with API's and React
12 May 2022
A simple react application with the list of pokemons (pokedex)
05 May 2022
Pokédex built with React JS, PokéAPI and webpack
25 April 2022