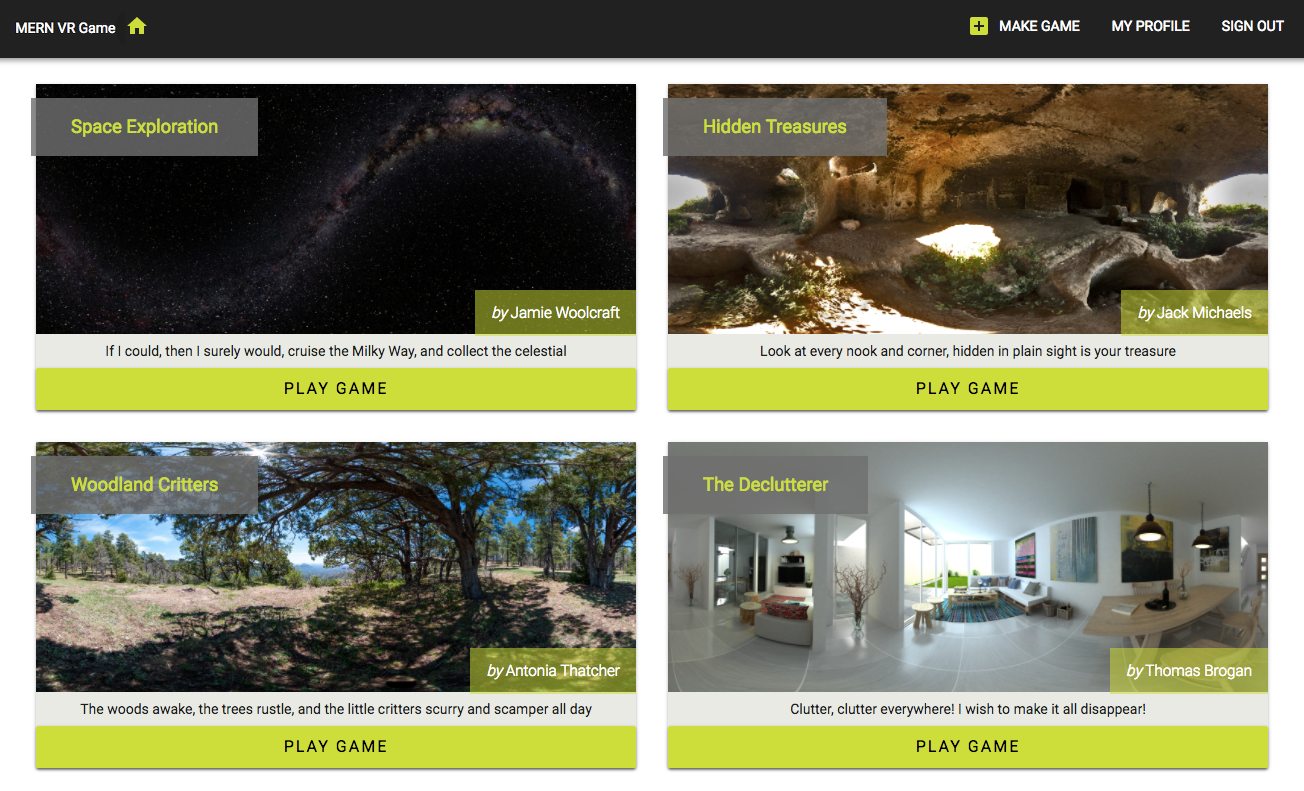 What you need to run this code

How to run this code

The VR game is developed using React 360 and integrated into this application.

The React 360 code for the game is available here.