Universal JavaScript applications are tough to setup. Either you buy into a framework like Next.js or react-server, fork a boilerplate, or set things up yourself. Aiming to fill this void, Razzle is a tool that abstracts all complex configuration needed for SSR into a single dependency--giving you the awesome developer experience of create-react-app, but then leaving the rest of your app's architectural decisions about frameworks, routing, and data fetching up to you. With this approach, Razzle not only works with React, but also Reason, Elm, Vue, Angular, and most importantly......whatever comes next.

Razzle comes with the "battery-pack included": 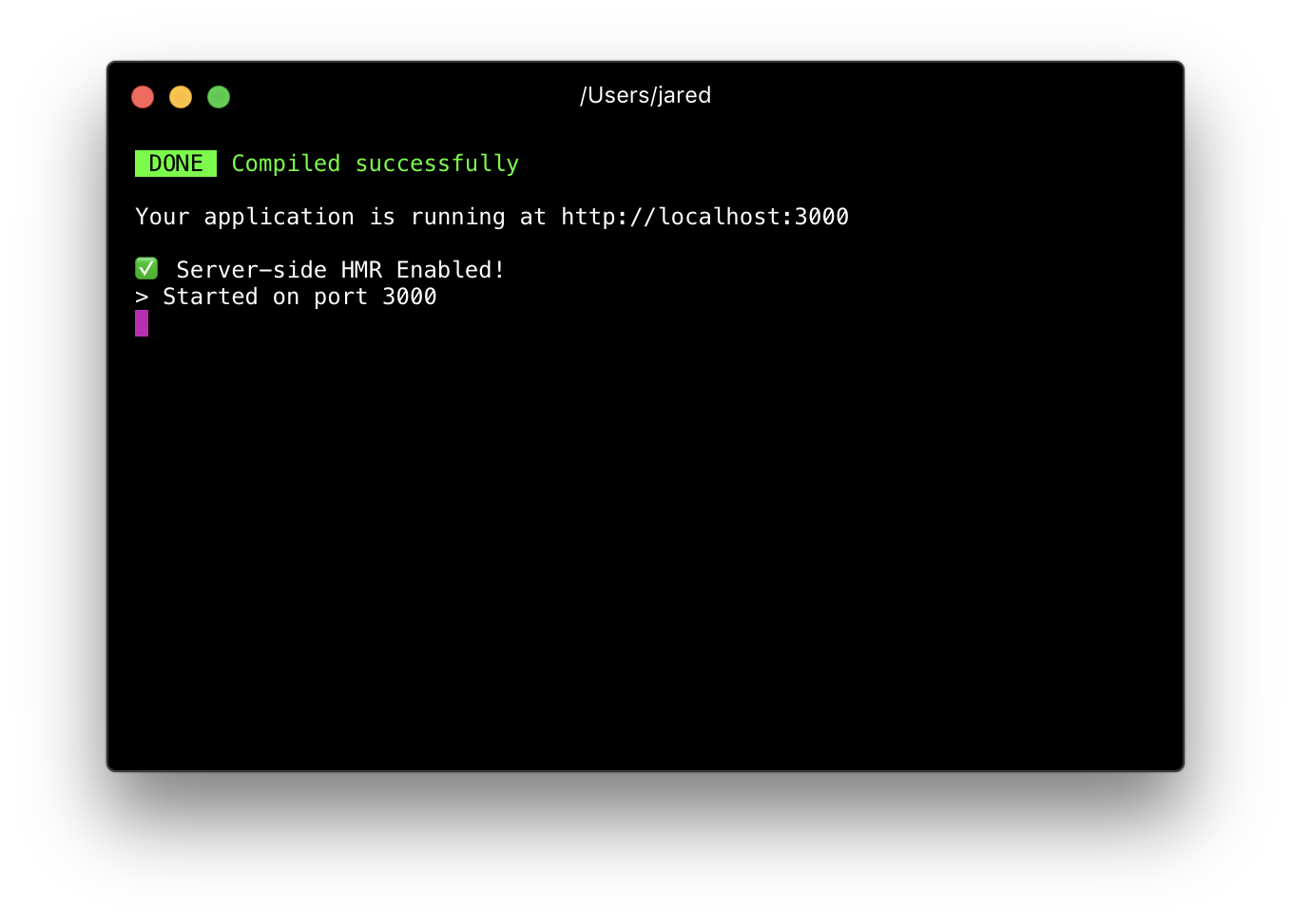 That's it. You don't need to worry about setting up multiple webpack configs or other build tools. Just start editing src/App.js and go!

Below is a list of commands you will probably find useful.

Runs the project in development mode.
You can view your application at http://localhost:3000

The page will reload if you make edits.

Builds the app for production to the build folder.

Runs the compiled app in production.

You can again view your application at http://localhost:3000

Runs the test watcher (Jest) in an interactive mode.
By default, runs tests related to files changed since the last commit.

To debug the node server, you can use razzle start --inspect. This will start the node server and enable the inspector agent. For more information, see this.

To debug the node server, you can use razzle start --inspect-brk. This will start the node server, enable the inspector agent and Break before user code starts. For more information, see this.

If your application is running, and you need to manually restart your server, you do not need to completely kill and rebundle your application. Instead you can just type rs and press enter in terminal. 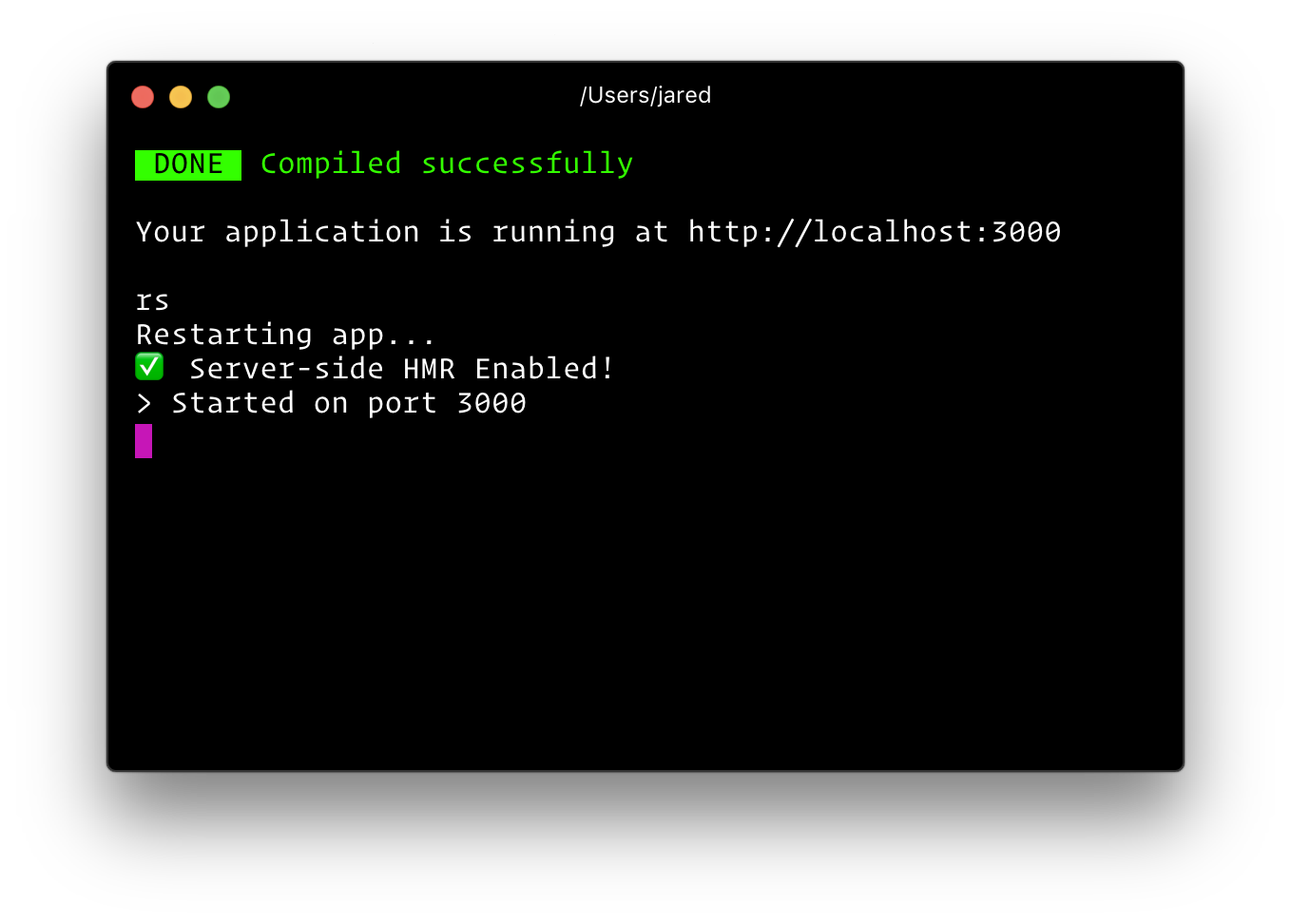 Razzle comes with most of ES6 stuff you need. However, if you want to add your own babel transformations, just add a .babelrc file to the root of your project.

A word of advice: the .babelrc file will replace the internal razzle babelrc template. You must include at the very minimum the default razzle/babel preset.

You can also extend the underlying webpack config. Create a file called razzle.config.js in your project's root.

A word of advice: razzle.config.js is an escape hatch. However, since it's just JavaScript, you can and should publish your modify function to npm to make it reusable across your projects. For example, imagine you added some custom webpack loaders and published it as a package to npm as my-razzle-modifictions. You could then write your razzle.config.js like so:

Last but not least, if you find yourself needing a more customized setup, Razzle is very forkable. There is one webpack configuration factory that is 300 lines of code, and 4 scripts (build, start, test, and init). The paths setup is shamelessly taken from create-react-app, and the rest of the code related to logging.

Razzle comes with Create React App's ESLint configuration. Add a .eslintrc file to the root of your project to use your own configuration.

The environment variables are embedded during the build time. You can read them at runtime just because by default we export them with the webpack.DefinePlugin.

You can create your own custom build-time environment variables. They must start
with RAZZLE_. Any other variables except the ones listed above will be ignored to avoid accidentally exposing a private key on the machine that could have the same name. Changing any environment variables will require you to restart the development server if it is running.

Defining environment variables can vary between OSes. It’s also important to know that this manner is temporary for the
life of the shell session.

(Note: the lack of whitespace is intentional.)

To define permanent environment variables, create a file called .env in the root of your project:

What other .env files are can be used?

These variables will act as the defaults if the machine does not explicitly set them.

Please refer to the dotenv documentation for more details.

Note: If you are defining environment variables for development, your CI and/or hosting platform will most likely need
these defined as well. Consult their documentation how to do this. For example, see the documentation for Travis CI or Heroku.

How Razzle works (the secret sauce)

tl;dr: 2 configs, 2 ports, 2 webpack instances, both watching and hot reloading the same filesystem, in parallel during development and a little webpack.output.publicPath magic.

In development mode (razzle start), Razzle bundles both your client and server code using two different webpack instances running with Hot Module Replacement in parallel. While your server is bundled and run on whatever port your specify in src/index.js (3000 is the default), the client bundle (i.e. entry point at src/client.js) is served via webpack-dev-server on a different port (3001 by default) with its publicPath explicitly set to localhost:3001 (and not / like many other setups do). Then the server's html template just points to the absolute url of the client JS: localhost:3001/static/js/client.js. Since both webpack instances watch the same files, whenever you make edits, they hot reload at exactly the same time. Best of all, because they use the same code, the same webpack loaders, and the same babel transformations, you never run into a React checksum mismatch error.

A centralized system for displaying and stylizing focus indicators anywhere on a webpage.
28 January 2021
Adsense component for react.
01 July 2020
Eating healthy is one of the best changes that you can make in your life. It will not only increase your performance while coding but will help you reach your goals faster and make you happier.
09 June 2020