I used: Redux toolkit to create two states that are accessible by all components, also mutable and I can push them with new Data at any time. Called the first exchanges and the second reverseExchanges.

For the grid system and UI/UX, I used react-bootstrap as a framework to illustrate the few JSX rendered components in a grid of 2s(Desktop) and 1s (Mobile). I used also Chart.js for illustrating the chart.

I also used Typescript for modeling some of the data objects to be used in the app. 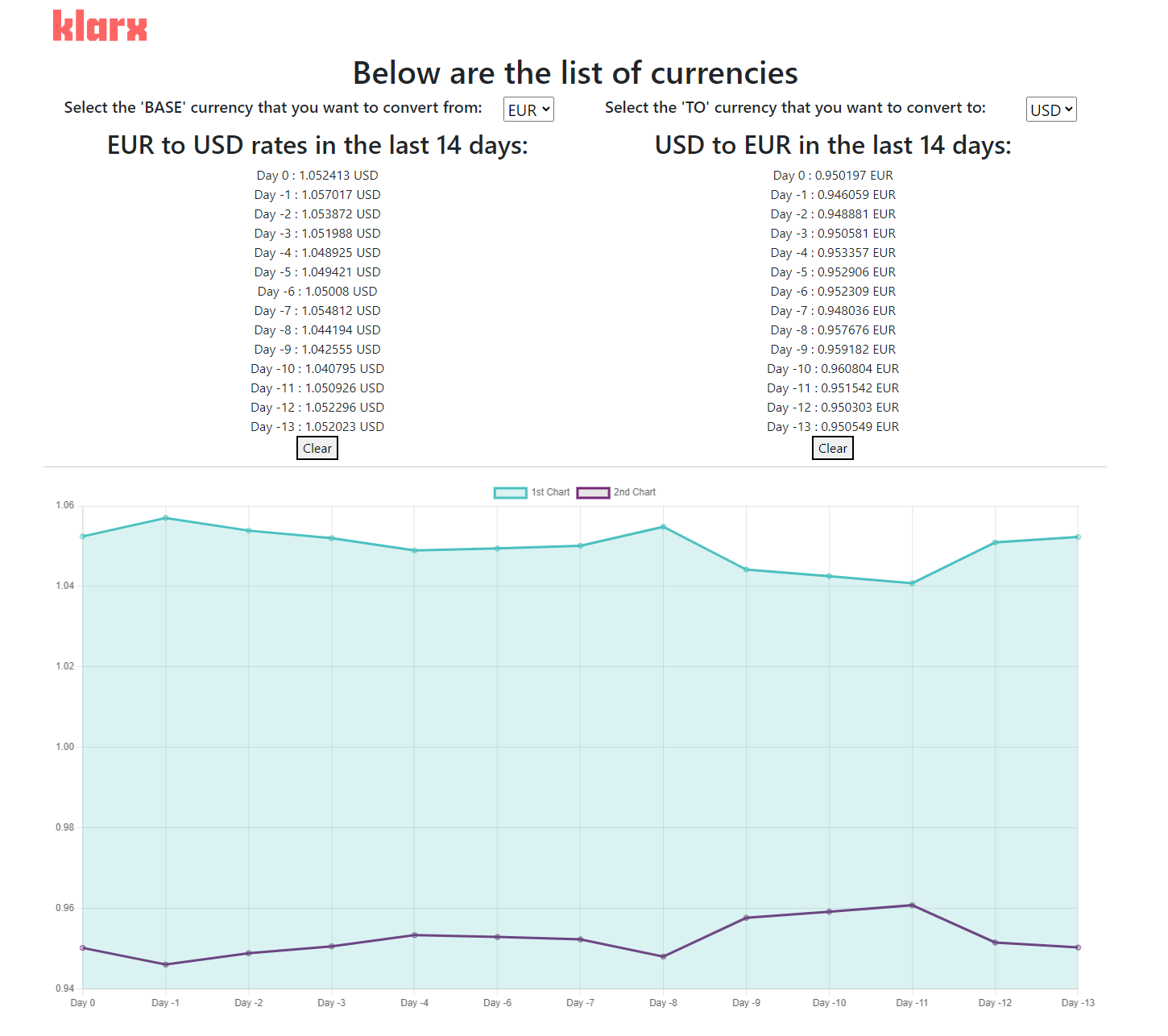