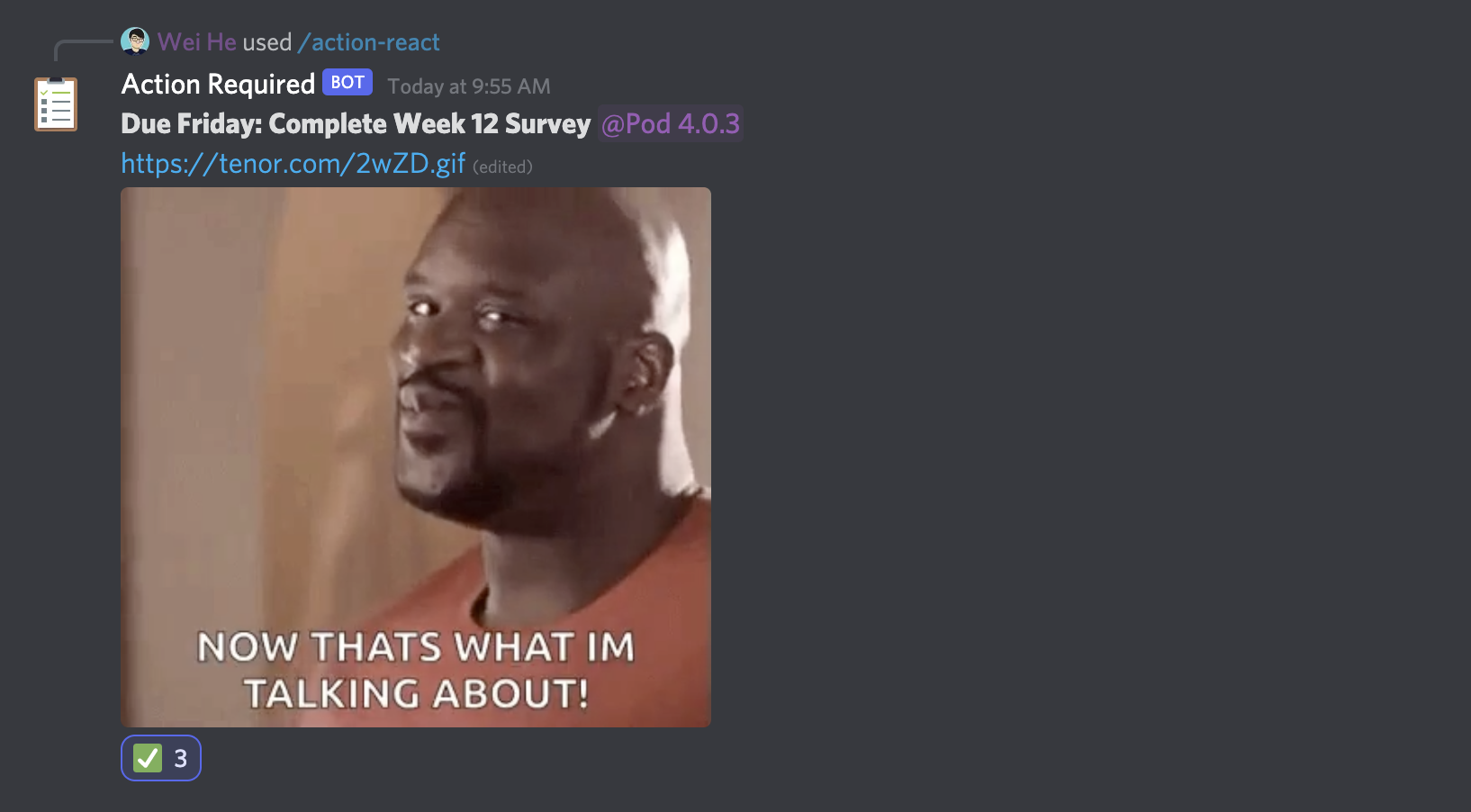 Create an action that requires users of a particular role to reply in a thread. 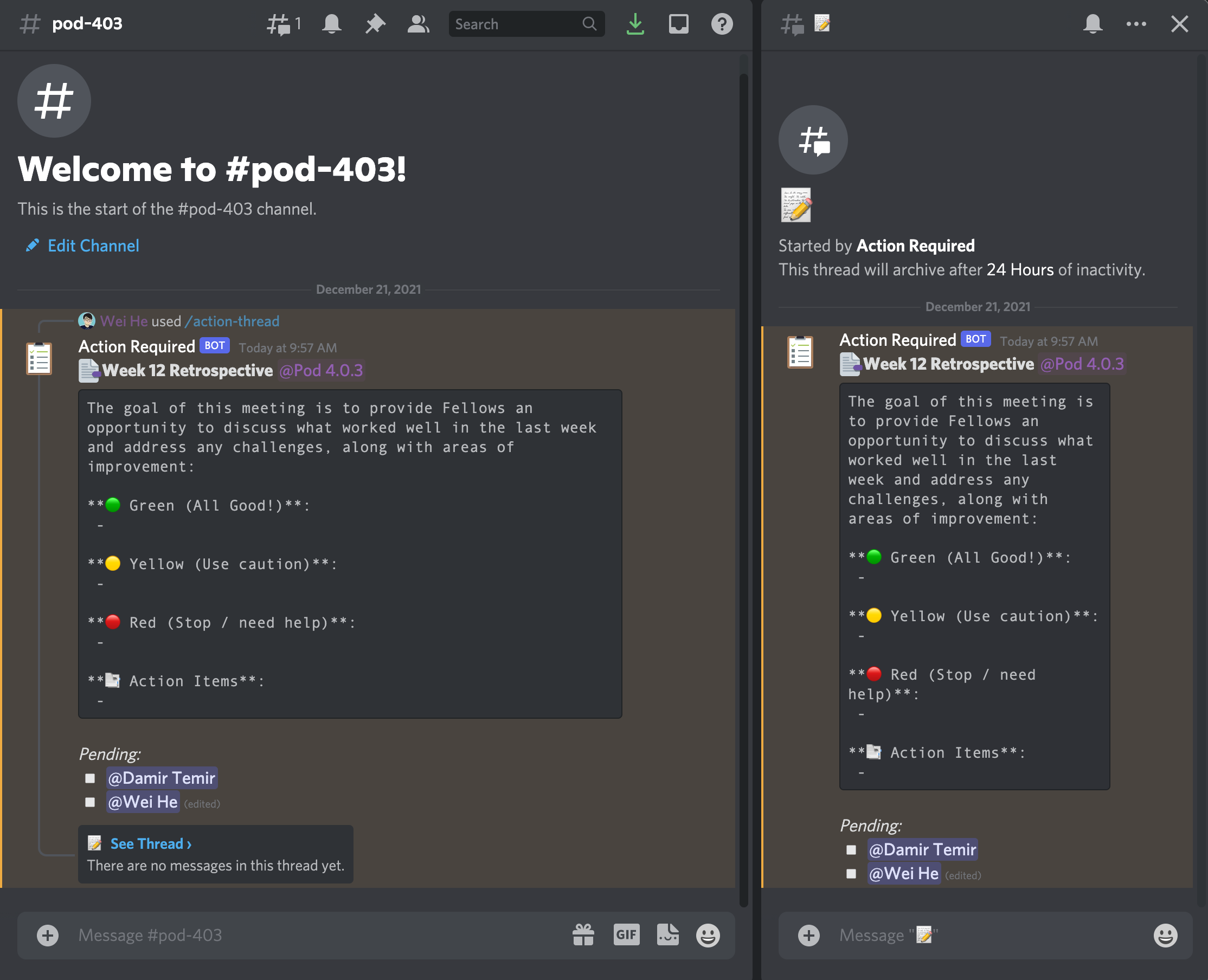 First, cp .env.example .env and fill in the required fields.

As a team that consists of a pod-leader and a fellow alumni, we decided to build an app that would make our lives easier.

Shifting from one platform to another to do simple everyday things like completing action items in Google Sheets and writing standup notes in GitHub Discussions was very tedious. So we decided to try and move those things to a platform of choice, Discord.

With Discord.js, we were able to build the commands needed to serve the logic that the Action Bot follows. Such as deleting messages, updating lists, creating threads, and everything else has been done with Discord.js.

We also used Docker to create an image and serve the bot on a server. It should provide a seamless integration for anybody who would like to use the bot in their own Discord channels.

And finally, to make completing the actions fun, we added a random GIF that will show up when an action is completed by all pod members.

In the few hours we put toward this hackathon project, we built a stable product that will let fellows complete their tasks without leaving Discord. It will let us keep everything within one platform to allow for better navigation and performance.

Send friendly reminders to fellows to complete their standup notes (no need for messages).

Ask fellows for their feedback in a private thread to learn about their experiences in one platform (no third-party providers).

Match fellows for quick 1-1s where they can setup meetings in private threads.

A simple bot to count, with various game modes
13 February 2022
An advanced handler for Discord.js Bots with TypeScript and JavaScript
14 December 2021
Zeppelin : A moderation bot for Discord Using React
24 November 2021