Powering my blog at https://arthtyagi.xyz/blog. The data is from my Notion.

Built using React on top of Vite cause CRA sucks. 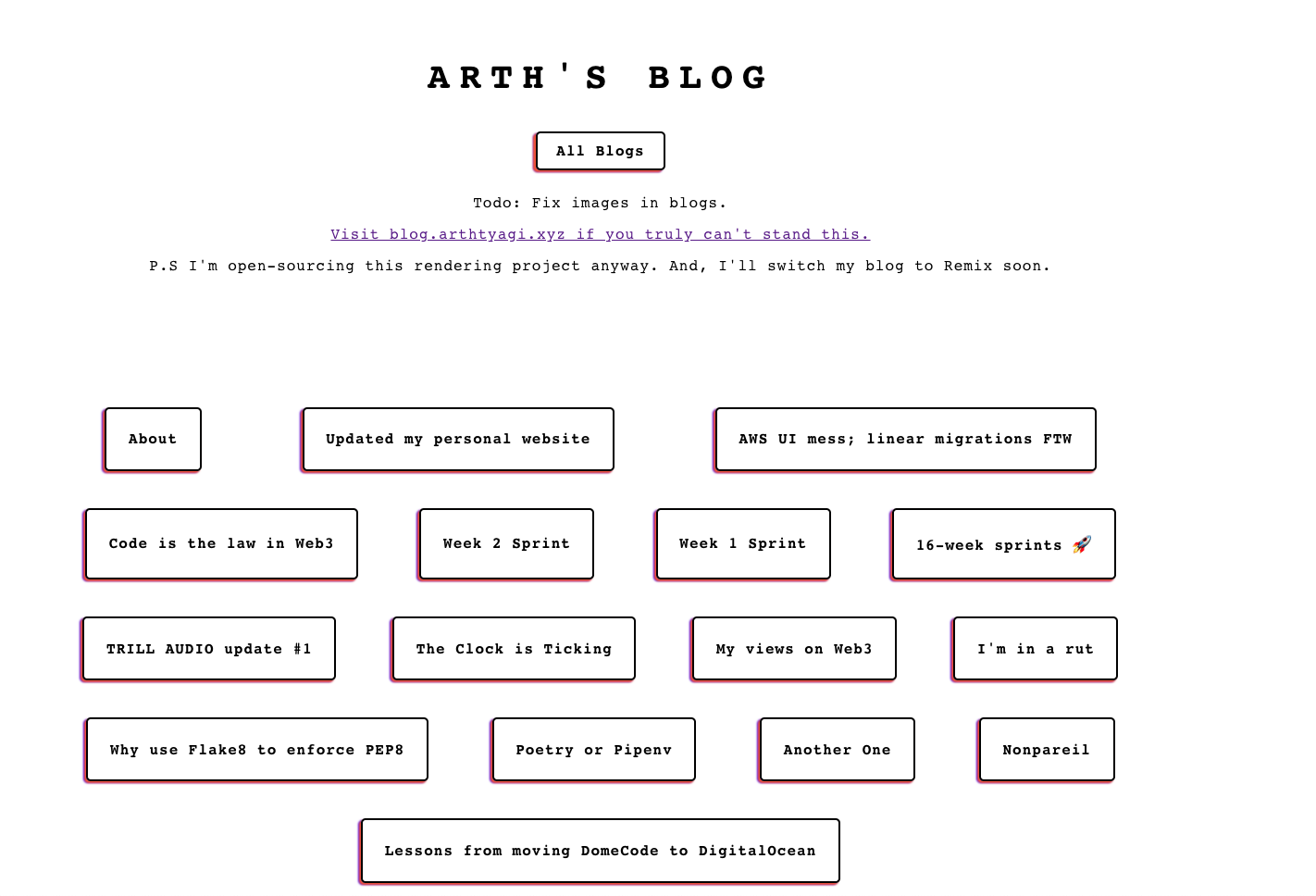 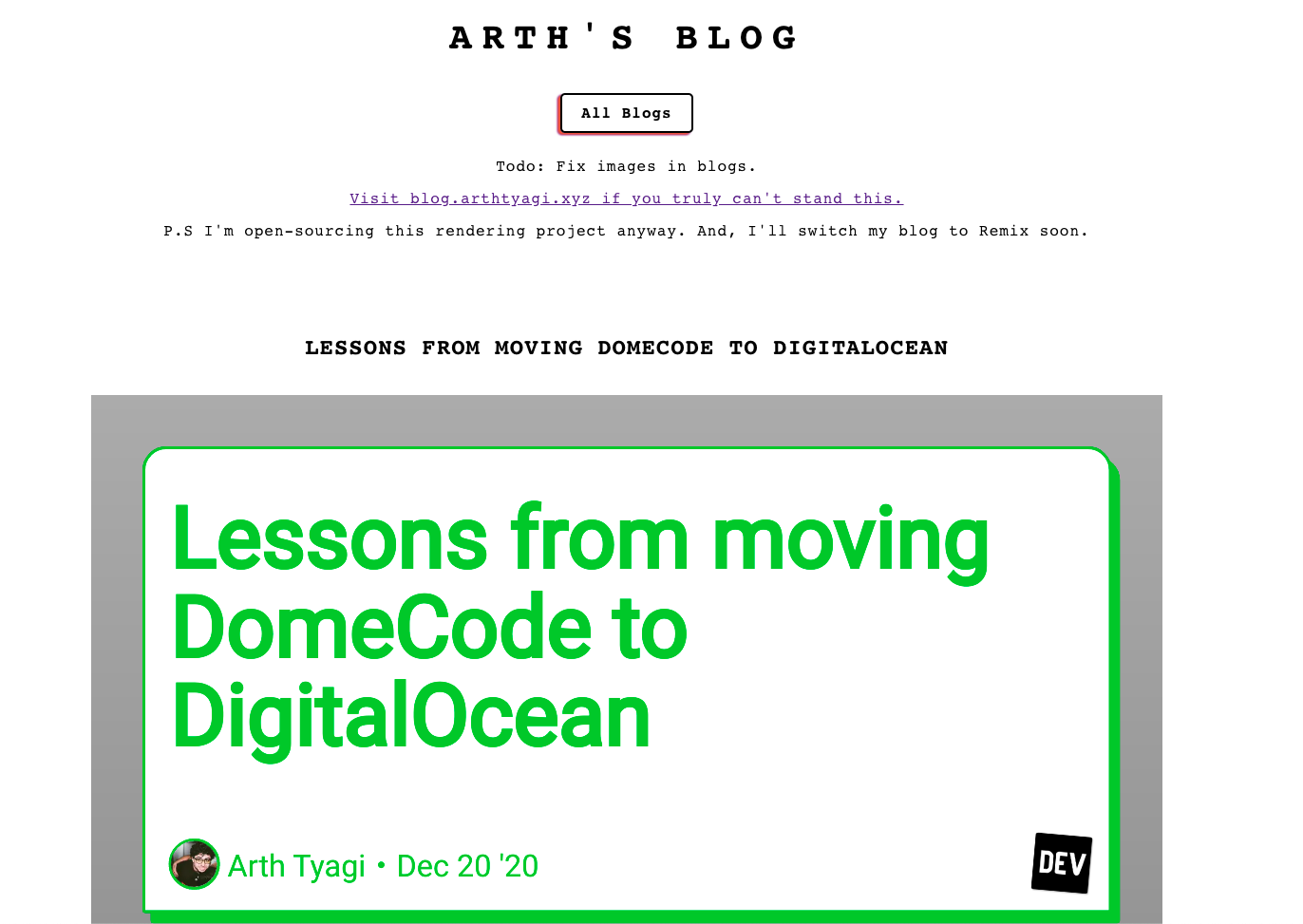 I have been using Notion for a while now to host my blog, however, I don’t like the design of the blog. I wanted to make it more “me” (read: broken but sexy).

I’m not big on open-source anymore but this still seemed cool to make open-source since it’s just a stupid blog.

Okay, so, to use Notion API and render content, you need to have a server. Since this is just a front-end, I chose to deploy my own serverless function on Cloudflare workers and consume it instead.

This was the easy part. The shitty part was how Notion’s API works in the first place. The content is A MESS. I had to use a lot of hacks to get it to work.

From Notion’s standpoint though, this is pretty neat. The way they have everything in blocks. I mean, that’s how the whole thing functions.

A Technical Blogging Website that utilizes Notion as a CMS for ease of modification
27 January 2022
A static blog build on top of Notion and Nextjs, deployed on Vercel.
12 October 2021
Notionic - A static blog that updates in real time with Next.js
03 November 2022