Cyclic TV Reference Paradoxes occur when a chain of fictional TV show references form a cycle. Each show’s reality depends on another being fictional, so a cycle of these dependencies is a paradox.

This project finds these paradoxes through looking through subtitles files of popular TV shows. It is divided into two sections:

A set of python scripts to get the subtitles, and eventually output a CSV file of all TV show references found to be displayed in a web app.

A react web app for visualizing the the graph generated by the Reference Gen Scripts. Run with npm run start to test locally. 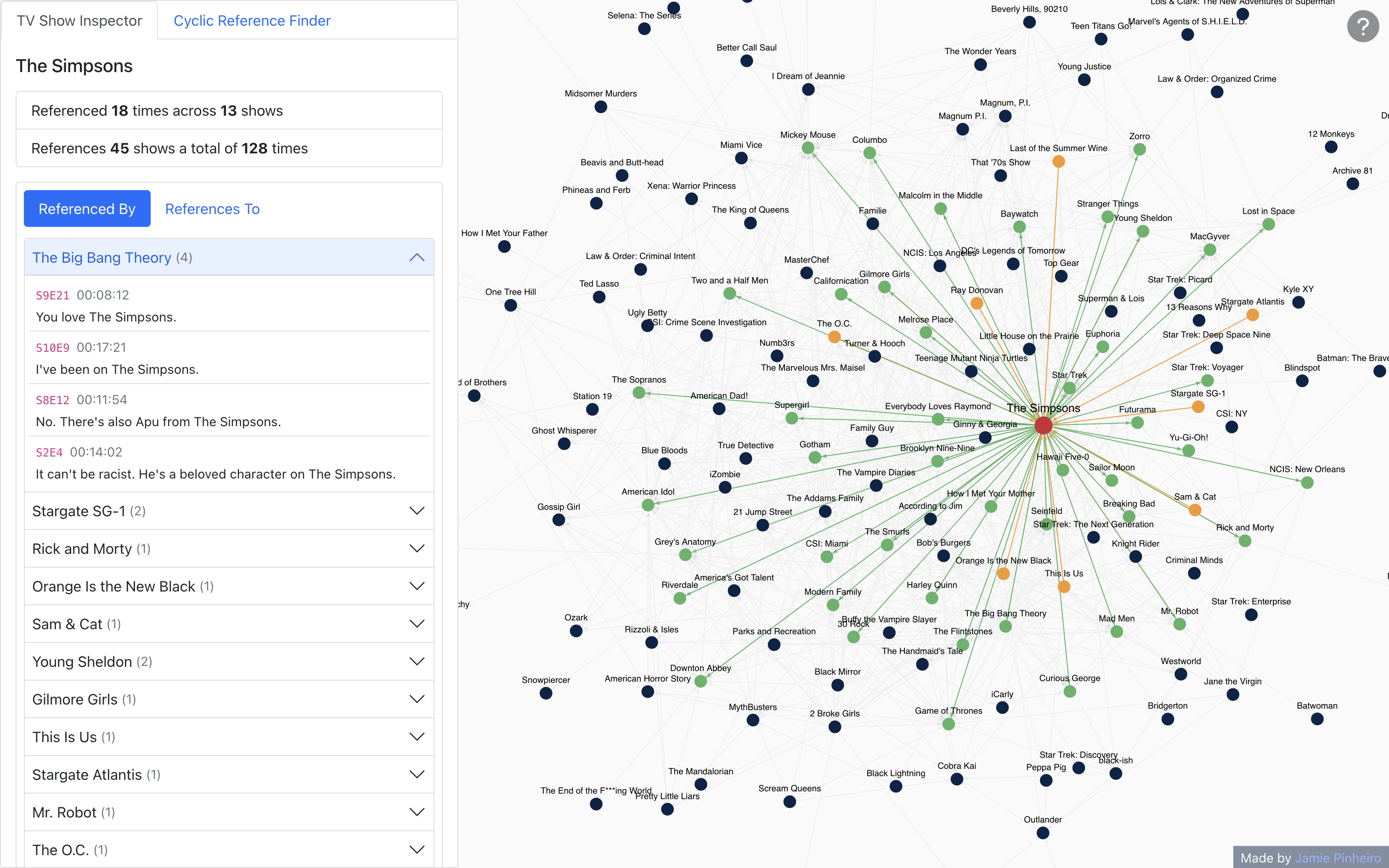 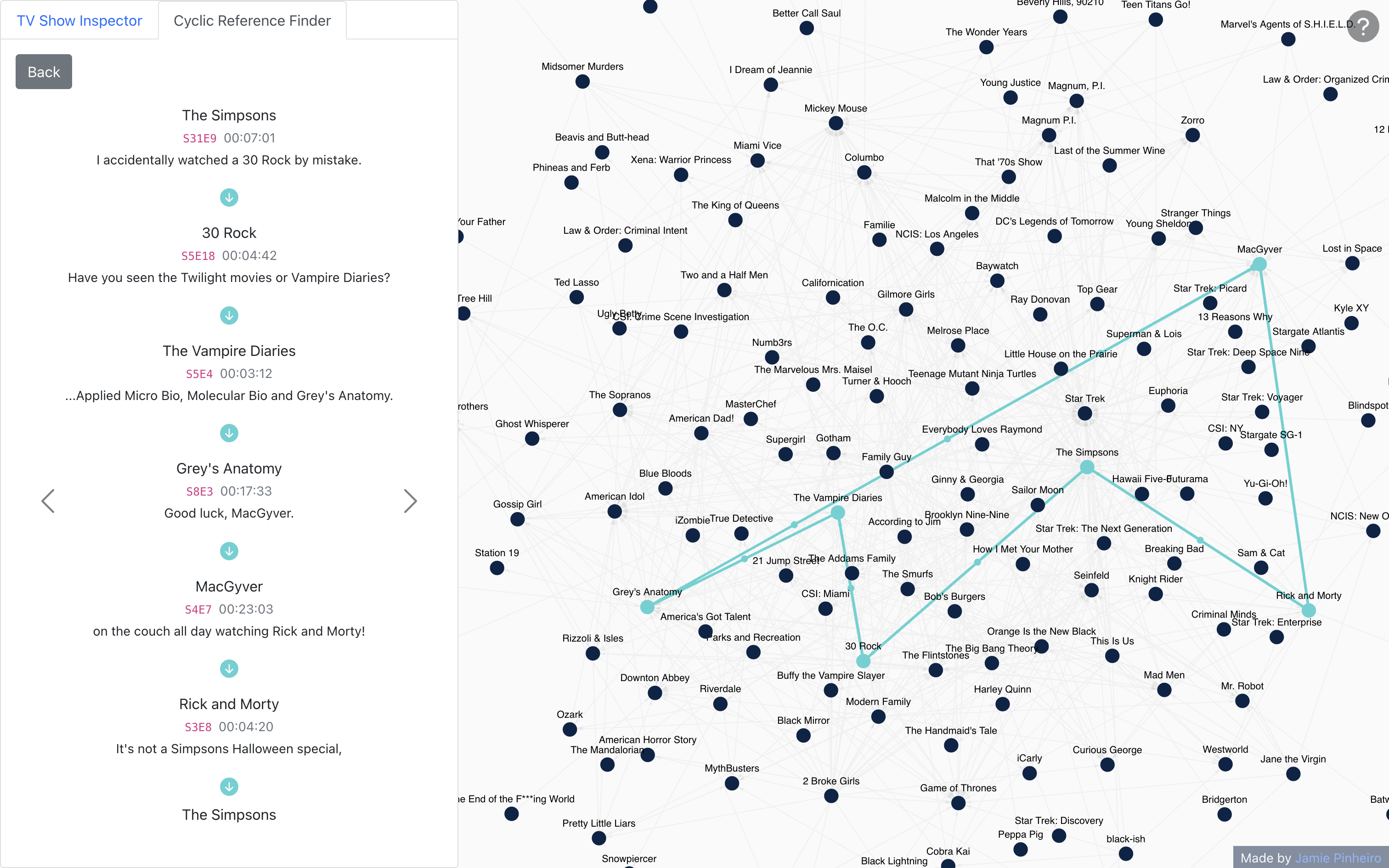