This is an experiment in prototyping webapps with ChatGPT as a universal Redux reducer. The idea is you implement your app’s frontend in React and Redux, but skip initially implementing the backend and Redux reducers (i.e., the business logic). Instead, your app’s initial state and actions are fed through the AI, which predicts future states automagically. After training the AI by interacting with your frontend, you can even ask it to implement the reducer function for you.

This repo has multiple parts: 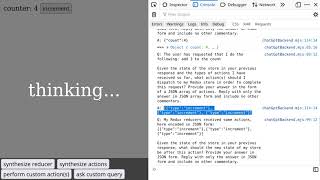 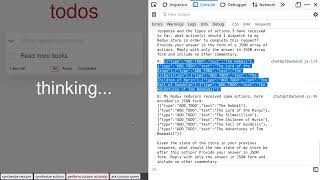