In tRPC you simply write API-functions that are automatically inferred straight into your frontend – no matter if it’s React, React Native, or something else (that is TS/JS-based). 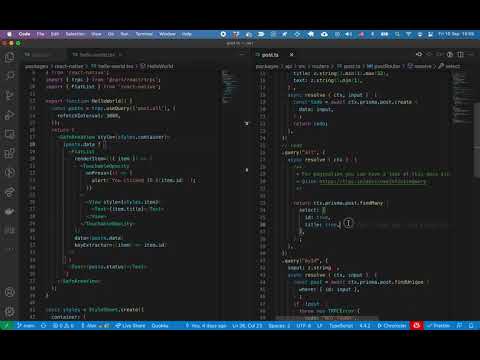 Press i after yarn dev in to launch the iOS Simulator.

Now – head over to one of the ./apps, whilist updating a router in tRPC or the Database Schema and see that the data is directly inferred.