This little app was made to test a basic CRUD for a webpapp. This was done thinking on a mobile or chrome application so this is not using routes.

A separation between the state and the application data is in place to test a more realistic situation where you do async calls to a remote API, something missing on many redux/react examples.

This is being developed while I'm learning about react/redux so the code shared here may contain newbie errors and is not following any particular standard, but it contains a bunch of comments that may help some one that is struggling to understand how react/redux works.

Web app
Can be added to IOS/Andriod home screen and each time is loaded the state remains the same (because the persistent state plugin).

No routes
Routes are amazing and are a requirement in many cases but this is a trial to check an alternative way when there is no need to provide bookmarks to sections or server rendering.

To do
Learn more and improve this example. 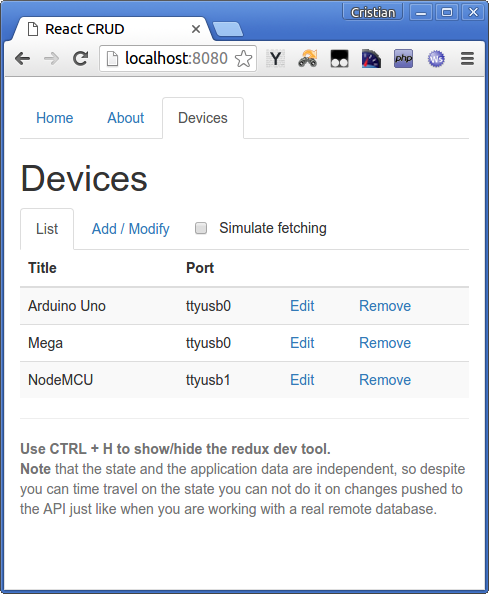 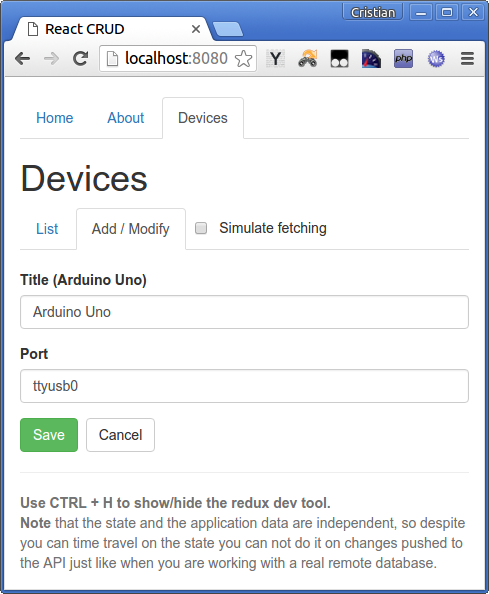 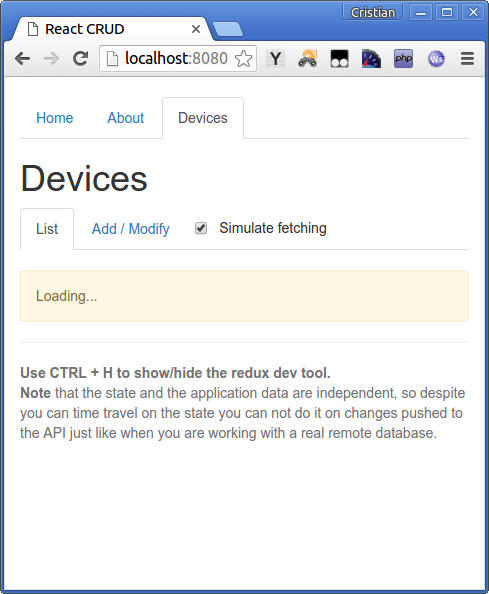