Battle your friends in a word guessing game

WarWordly is an Open Source and Free to Play multiplayer game inspired in the famous Wordle.
The idea is to play against an opponent to see who can guess the word first.

You can play in: 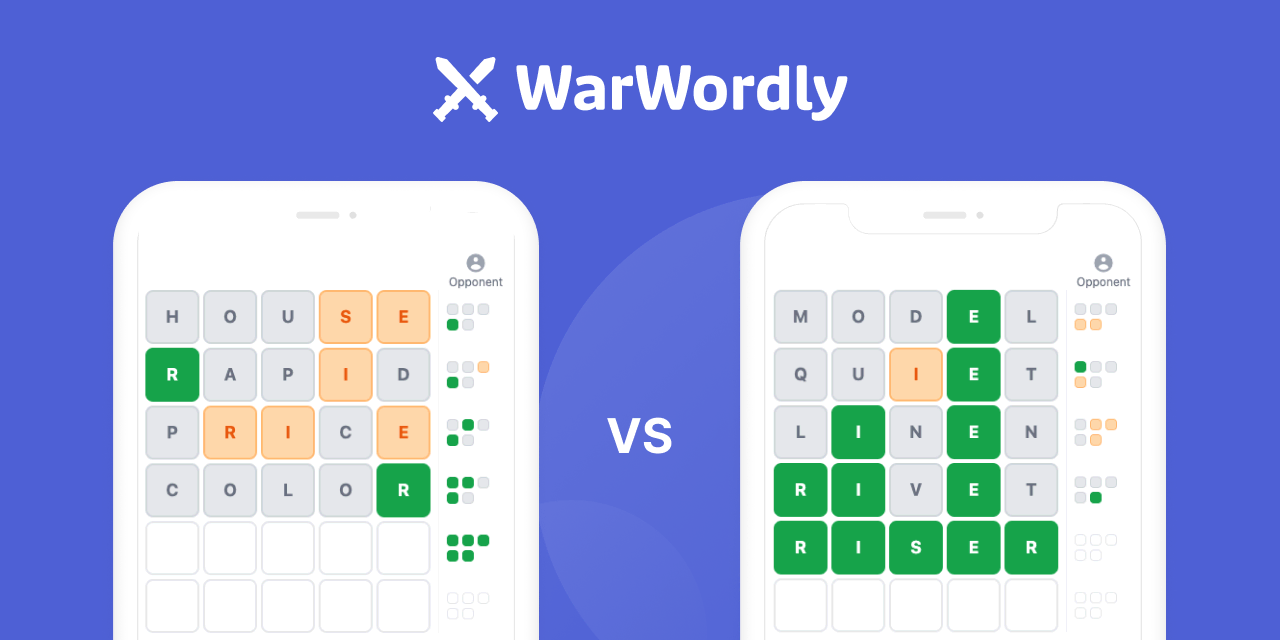 ? Rules of the Game

The rules of the game ar fairly easy, you have 6 guesses to guess the correct word before your opponent, each guess must be a valid word.
After submiting a word each letter will get a color:

This is a Next.js app, so it is recommended to deploy it on Vercel but you can use any host that supports Next.js.
Also uses Supabase as Data Base. Supabase handles the realtime operations we need for the multiplayer part. Also handles all the Auth for the app.

First you need a new project on Supabase, then use the schema in database_schema.sql to create all the necessary databases and policies.
Then grab .env.local.example and rename it to .env.local. Inside this file you will have to add the keys from your Supabase project.

Once you did all that, install all dependencies with this command

After all dependencies are installed, you are ready to go, run this to start the app:

You will see the app running on http://localhost:3000

The game is developed in a way so most of the action happens in the front end, this means in the user’s browser.
So is not that hard to cheat, but the idea of WarWordly is just to have fun and try cool technologies ?.

There is a lot of thing we can do server side or even on the DB itself to make it harder to cheat, but that’s not my goal with WarWordly.

This game is inspired in Wordle and used some wonderful code from hannahcode.