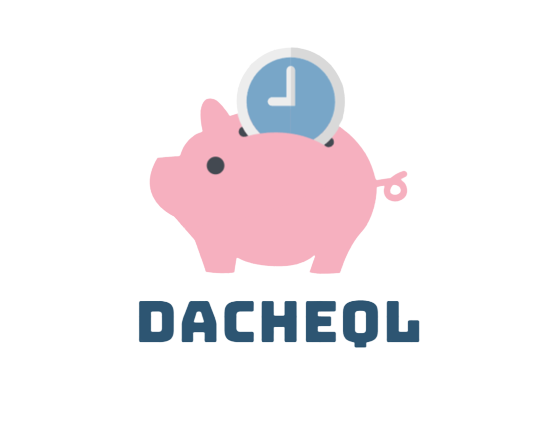 How to use our Demo

* *A small disclaimer: It should be noted that your first query will have a significantly higher runtime than the other first queries because it is establishing a connection.

If this is your first time using DacheQL, run the following command in your terminal:

In your server file, you want to require our middleware to handle GraphQL requests using the CommonJS format.

If you haven’t already set up your server file with Express, add the following code to require Express:

Add the following code to construct an Express application based on a GraphQL schema:

Add the following code to use the express.json() middleware function:

DacheQL lets you decide if you would like to use Redis, or our custom LRU eviction cache. If you are using Redis, make sure you have Redis installed and your Redis server is running. To run Redis, type the following command in your terminal:

Now that your Redis server is up and running, in your backend server file, import Redis like so:

After importing Redis, you will have to create your Redis client which can be done as so:

Replace the text REDIS_PORT with your own Redis port (typically 6379).

In order to cache your graphQL query responses, all you have to do is call our DacheQL function as middleware in your /graphql endpoint. The parameters for our function are as follows:

The first parameter is to let the function know whether you are using Redis or not as your cache. If you are, you will have to pass Redis into the function as {redis: client} like so.

The second parameter is the capacity for our custom LRU cache. If you are using Redis as your cache, just default to leaving the cache at 50.

The third parameter is the endpoint at which you are actually using GraphQL. For example, this endpoint may be http://localhost:3000/graphql.

Our last parameter is the Time to Live, or how long you want this specific query to last in your cache for. Pass in your time to live as seconds. Now you are good to cache your GraphQL responses!

If you are not using Redis caching, DacheQL provides a middleware for caching using the server’s memory with our custom cache that behaves with an LRU eviction policy. The arguments you should input for this middlware are as follows:

For the first parameter, since you are not using Redis, simply pass in an empty object {} like so.

Next, is the capacity you would like your cache to hold. This capacity refers to when our cache will begin evicting items. For example, if you set the capacity to 50, it will evict an item upon the 51st unique query. It should be noted that if you pass in a non-whole number, it will be rounded down for you. Non integers, negative numbers, and capacities below two will default to simply creating a GraphQL fetch without storing values in the cache.

The third parameter is the endpoint at which you are actually using GraphQL. For example, this endpoint may be http://localhost:3000/graphql.

Our last parameter is the Time to Live, or how long you want this specific query to last in your cache for. Since we aren’t using Redis here, just pass in anything for your TTL as our cache is not reliant on this information. Now you are good to cache your GraphQL responses!

Now, you have properly set up the middleware functions in order to use DacheQL’s caching tools!

How does our LRU cache work? In the example above, you can see that we have run two queries for Pokemon and Cities respectively. For this instance, our capacity is set to 2. Those two queries and their respective data are shown above in our hashmap. 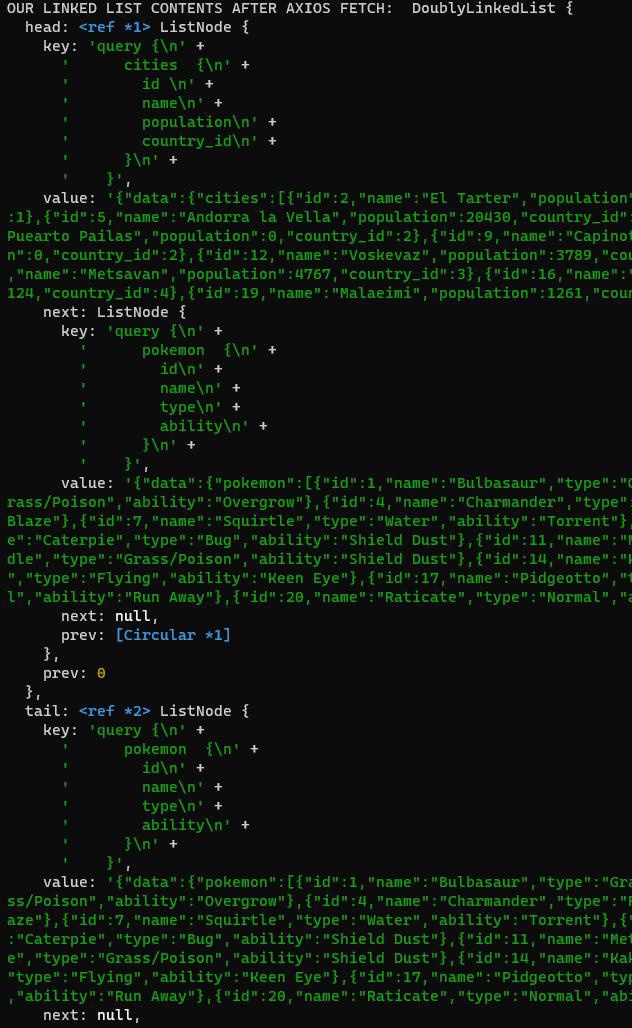 Here you can see those same two queries in the corresponding linkedlist. 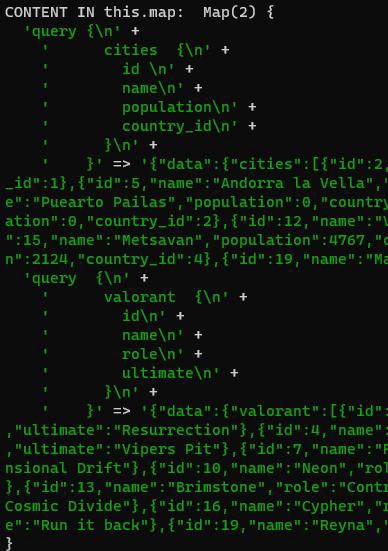 With this photo, you can see we have run a new query for Valorant and its corresponding data is placed in the hashmap. Now since pokemon was the oldest query it has been evicted from the hashmap. 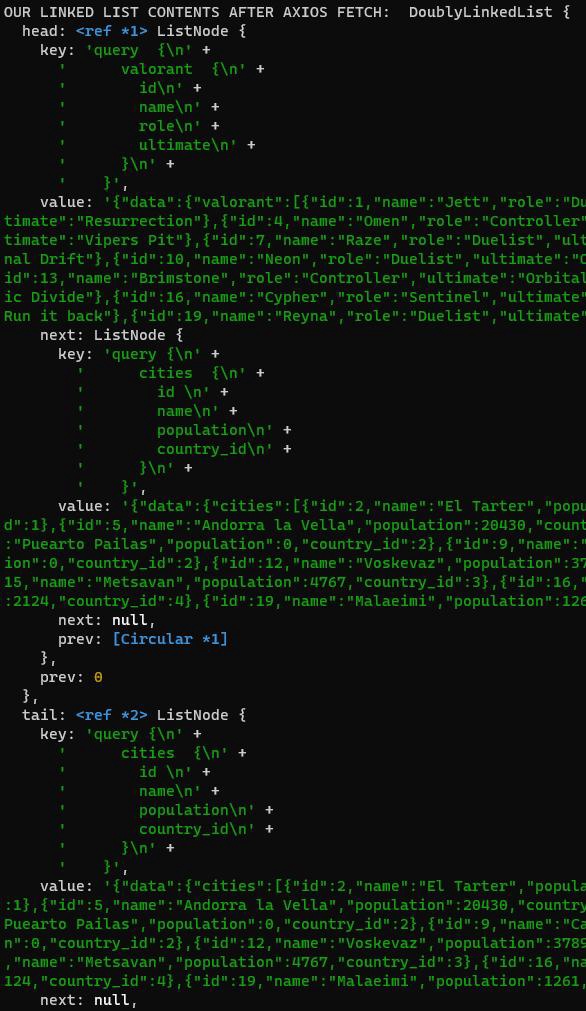 You can also see with this linked list Pokemon has been evicted as well.

Here at DacheQL we created our open-source project with the intention to further expand upon and imprve this tool for years to come.

That’s where the community comes in! If your have an idea that might make DacheQL better we always encourage contributions. Simply follow the steps below to submit the changes you would make.

Distributed under the MIT license.

RedisInsight: A visual tool that provides capabilities to design, develop and optimize your Redis application
05 May 2022
A migration assistance tool that facilitates the transition from REST to GraphQL
04 April 2022
ArtemisQL: a GraphQL migration and database visualizer tool that empowers developers to build GraphQL schemas with ease
16 December 2021