A react or react native library to call functions comparing the last time that it was called and running it when it’s really needed. Avoiding unnecessary database calls or data loads that are updated at a certain time.

Remembering that if you want to read the article on Medium, here is the link: https://medium.com/dev-genius/how-to-use-uselastcall-hook-in-your-react-project-af096e37871c

useLastCall library was created to avoid calls to the database without needing a cache itself, determining how often it should be called again by comparing the time difference between the last call in which the call was made in the database and the time that is performing the same function. Of course, for your reactjs and react native project.

As we use react’s own hooks, we recommend using the react version from 16.8 onwards, thus making it possible to use the useEffect and useState hooks.

One of the examples is to make the time difference determined between the last call already passed by more than 1 minute. So checking if it’s been 1 minute from the moment of execution or the call to the databases. So let’s see how it would look!

Let’s simulate that we are going to make a first-class api call to fetch our posts, see how simple. 😍😊

Now, the function to get the post will only be called when the time from the last call to the new one is more than 1 minute. Which in this case I put in ms to facilitate our customization. We see that the time of the last call is our Date, that means that the function will be called as any useEffect, that’s why there is no difference between this time that was added for hour current one.

A very good way to store the value of the last time this function was called is to use Context or redux. I will show an example with redux always updating a reducer with this value of the last call in timestamp. Now getting and always saving to a property inside a reducer or context called callPostsLastTime. If you have another way to improve, share it with us.

Yes, now using the useDisptach hook from react-redux so we can update the value in our reducer within redux. In case you don’t understand much about Redux architecture, here’s a link to see more about it: https://redux.js.org/introduction/getting-started

If you want to use it with architectures using Contexts, it’s very useful too. Remembering that this is so we can store the last time the function was called and so we can see the time difference for the execution to go live.

Thank you very much, I hope I have helped the great React community. ❤🙌 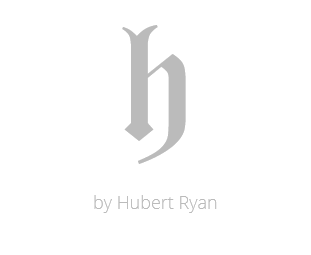 Traces function components to reveal the order of hook-function calls
07 November 2022
It provides a more standardized, efficient and easy to test functional programming method.
17 April 2022
A full stack NFT marketplace. Aiming for clean and cocise code that is easy to understand + rock solid setup scripts & other automations to speed
25 December 2021