A starter repo for building browser extensions with React and Typescript.

Here’s what you get:

developing your own extension

Web extensions, and thus this repo, consist of four large parts, plus the manifest file specifying each of those and soome additional meta informatin. The parts are: content scripts, action/popup, options page and background scripts. A single web extension can have any combination of these, neither of all of them (i.e. all are optinal); only the manifest is mandatory.

By having a very predictable build output (a single JS bundle) for each part of our extension, we can hardcode their script files inside manifest.json and that’s it – always the same output, always the same entry points and script files, i.e. no need for programmatic injection, dynamic loading or anything complex.

This is a build output: 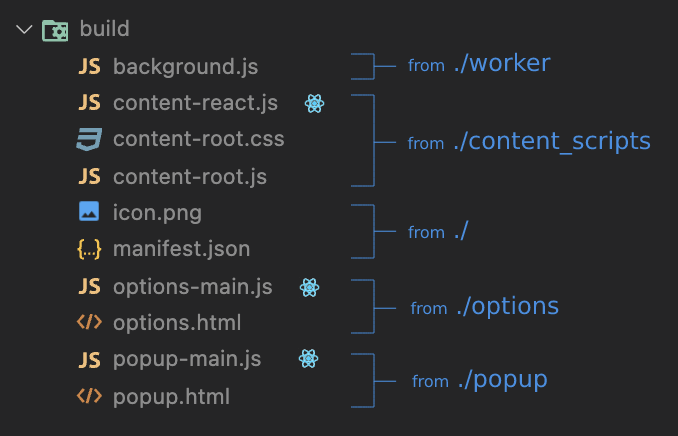 You can see how that exactly matches the files specified inside of manifest.json: 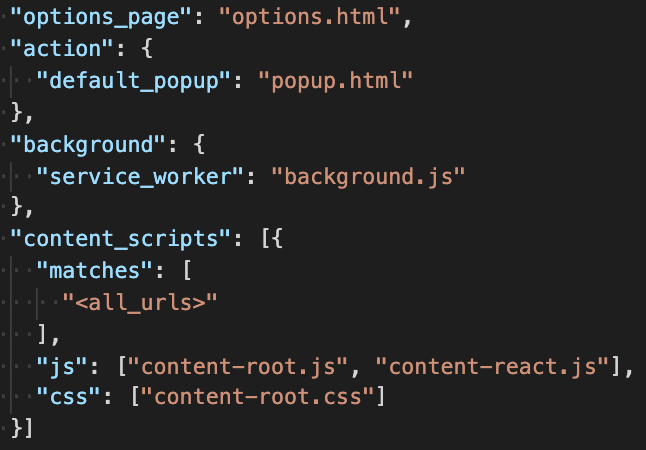 config-overrides.js files are almost identical (except the output filename) between the apps, and they actually were generated by transpiling corresponding config-overrides.ts. You can use the .ts files as source of truth and transpile them to .js files if you ever decide to update the overrides for whatever reason. Having .ts files is just for convenience, and that’s why they are included, but they cannot be directly consumed by the react-app-rewired, so that’s why .js files have to exist as well.

(also to allow TS to load files outside root scope)