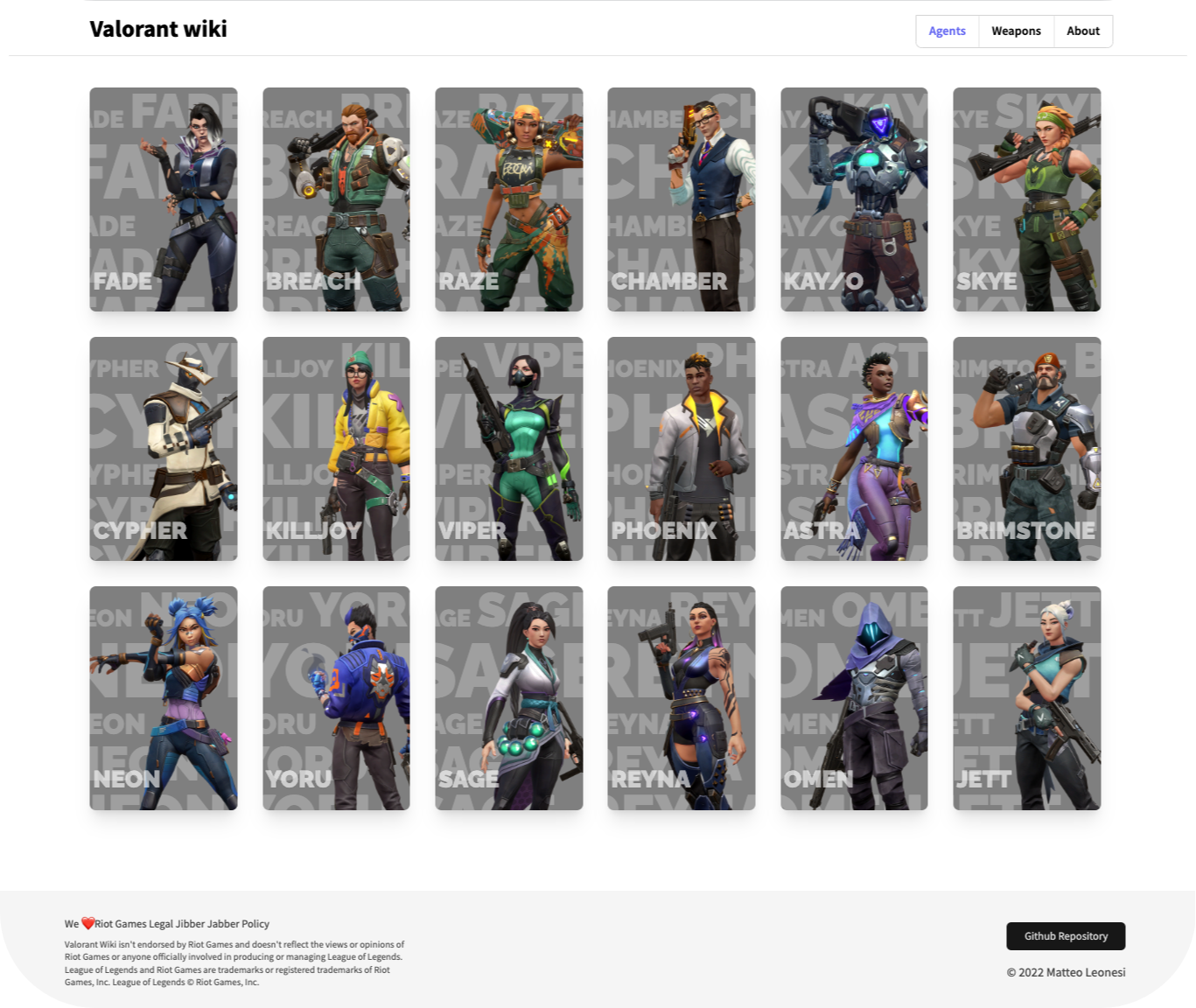 The aim of the project is to create a valorant wiki where users can check informations and meet other players (social section will be relased in the future).

If you want be part of the team check the issues and the Contributing section ! ❤️

Getting Started with Hardhat

Contributions are what make the open source community such an amazing place to learn, inspire, and create. Any contributions you make are greatly appreciated.

Good starting point for your next application with react
10 September 2022
Landing page with the React typescript and tailwindcss library
23 August 2022
Next.js starter with TypeScript, Supabase and TailwindCSS
18 August 2022